Smiling, At The Hypogonder Club 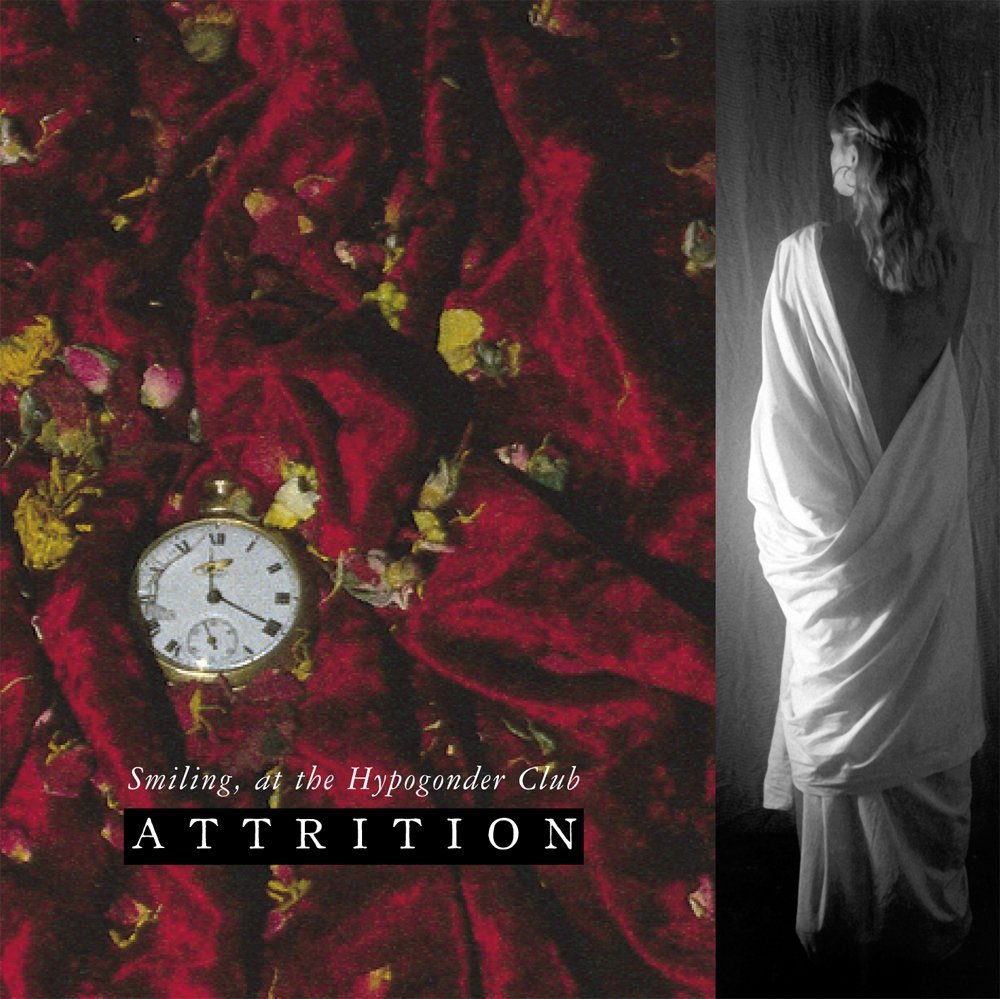 Smiling, At The Hypogonder Club review from Judas Kiss

Continuing with the reissue of their back catalogue, Attrition this time take a drive back into their distant past and deliver their second proper album, 1985’s ‘Smiling, At The Hypogonder Club’. Following on from their ’84 debut ‘The Attrition Of Reason’, there’s a dramatic shift in the output of the band, with a greater emphasis on electronics and beats being utilised with a clear and precise delivery to give the album an uneasy dancefloor feel which has reverberated through their work to the present day. There are also the embryonic beginnings of the male / female vocal interplay which is a pivotal element in Attrition’s recorded output.
Although coming from more experimental origins, with ‘Smiling,…’ Martin Bowes forges ahead with an interesting assemblage of synth passages, dramatic vocals and a dark undercurrent that ties the whole package together.

At the time, I can imagine their sound must have been strangely leftfield whilst not sitting too comfortably within other genres of similarly styled music. It had the beats and dark dancefloor aesthetic of early Skinny Puppy, the experimental edge that tied it somewhat uncomfortably to the outskirts of the industrial scene at the time, and a dark presence that had one foot firmly planted in the gothic scene, making it still indefinable as one specific genre or another and immensely difficult to pigeonhole. Yet in only a matter of years, Attrition’s mid-80s sound would influence a whole plethora of copyists and be held in some way responsible for birthing the gothic / ethereal sound that became synonymous with the American label Projekt.

With a dark poppy edge and a strangely enticing sound and atmosphere, ‘Smiling,..’ has a feel that has aged brilliantly well with time and manages to keep itself from sounding aged and of its time, which is surely a credit to the recording skills of Martin and the rest of the band.
Presented with updated artwork and the inclusion of two additional tracks, a compilation appearance ‘Fusillade Part 3’ and the annoyingly catchy 12” ‘Shrinkwrap’ which is one song I have a real love / hate relationship with. However, this 12” along with ‘Smiling,..’ helped catapult Attrition into the very (darkened) heart of the European darkwave scene.

Attrition were years ahead of their time as innovators of dark, stylised poppy experimental music, and ‘Smiling,..’ demonstrates with wonderful glee why their fanbase has continued to grow since the band’s inception and doesn’t look like peaking anytime soon.