In The Realm of The Hungry Ghosts 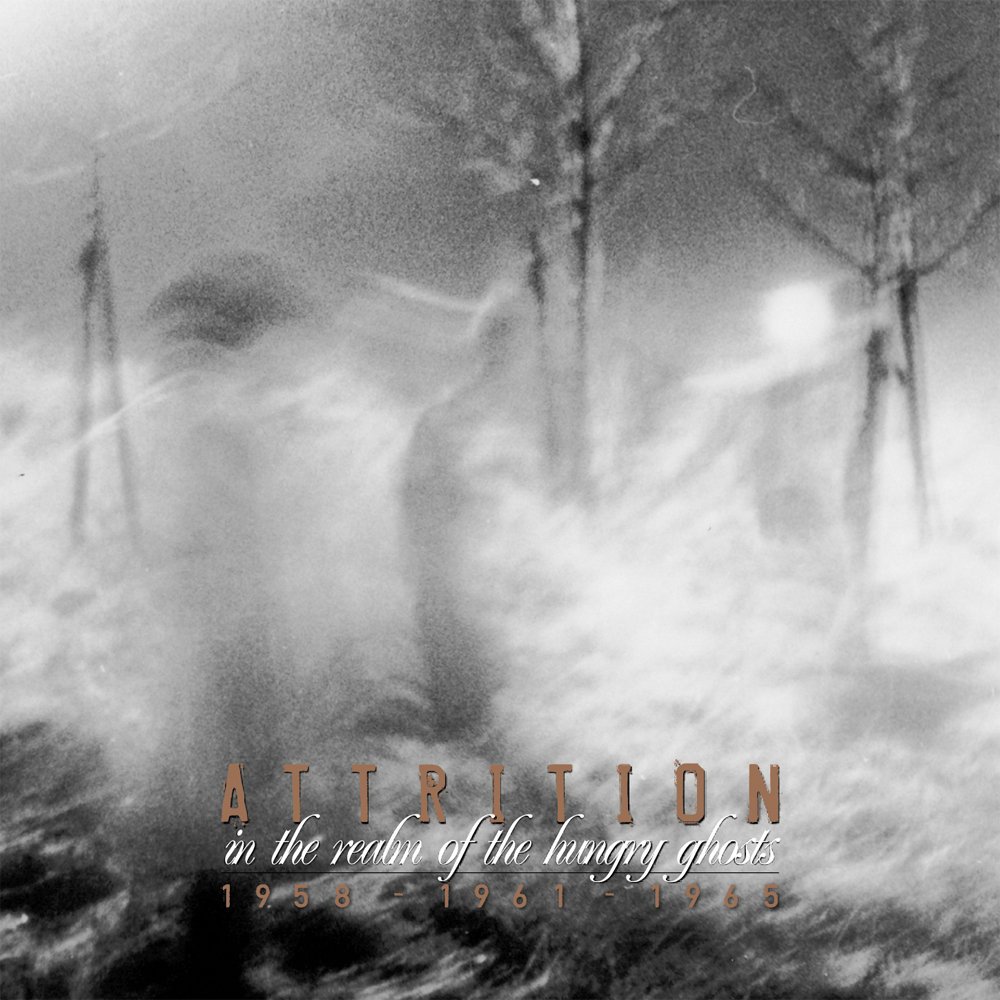 A collection of rarities originally released on Third Mind records in 1986. This is the Two Gods label remastered reissue.
credits
released July 4, 1986

One of the best Attrition releases ever, taking its title, I assume, from the idea of The Afterlife from Eastern Religion (Buddhist) and the ” Realm Of The Hungry Ghosts ” (clever and appropriate usage of a title).

From the opening, “Vigil,” with its stark, electronic, post-modern edge, you are led “Into The Waves,” with its Black Tape… “With My Sorrows” sort of feel (did they get the idea from Attrition for this song?), which are two of the best tracks.
Next is “In Your Hand,” with its rapid tempo and murky electronica, is quirky and surreal; next follows “Surge And Run,” a langourous song resembling most of those found on the excellent “The Attrition Of Reason,” with its fading and surging female voice, Bowe’s sing-song voice, melting in, and bizarre electronic effects; the next song, “Marianne’s Dream,” which seems incongruous at first, but then melts into this slow dream-like song, again, it sounds like something Black Tape… would later use for their “Remnants Of a Deeper Purity,” only difference being, that in Attrition’s version, surrealism abounds.

Besides the slow, droning, pathos of the song, there are children screaming and…chattering…in the background noise…which makes it seem even more mysterious…then this too fades away, and we’re left with that very ominous yet drowing effect and feeling of the drone…for most of the time; “Dreamsleep” follows, with its dark wall of sound, vibrating like broken speakers, with chirping electronica here and there, and a void-like sound, of empty space, which continues to assault its listener, finally breaking into a female voice, which doesn’t seem to compliment the austere and surreal music, but nevertheless works out; “The Last Refuge” is next, and sounds like something that could be used for the soundtrack to an Italian horror film, maybe a zombie film by Fulci, replete with a female voice and ominous whispers in the background droning away, against the electronica (here mimicking a cathedral organ, perfect touch); “The beginning of the End” follows — dark again, refined, Gothic, surreal, resembling the works to be found in the excellent “Smiling At The Hypogonder Club.” Along with the strange lyrics, which sounds mad and…well…it’s Attrition , what can you say?
Next follows “Questions,” which starts out with birds chirping and a slow, piano introduction (resembling the work of Scriabin), with a female voice recounting surreal poetry; next comes the driving “Which Hand,” with a slighly angry, or vehement female voice, contrasting against the once again bizarre “horrific” electronic effects, only to meld together in a very tasteful ariatic-like blend, tapering off into a sort of ecstaty of sounds and voices (also angelic background choir), another very excellent song.
Finally, we reach “A Forgotten Dream,” with its slow mournful piano, ballad-like intoduction, which continues with more strange effects, like someone blowing into empty bottles, tinny sounds, electronic refuse, glassy notes in the background, very much like a dream deferred, especially as the piano music grows in intensity. The last song “A’dam and E’va” has been featured elsewhere. It has a Gothic feel again, with pipe organ effects and ominous singing and its almost humourous lyrics (“Turning on red lights and swimming in beer fights, dancing on tables, Amsterdam…”

I love Attrition , and if you like really dark Gothic music, you will too.