Back to Discography
PrevPrevious ReleaseAttrition: Recollection (84-89)
Next ReleaseLive at the Pushing against The Wire. 1992Next 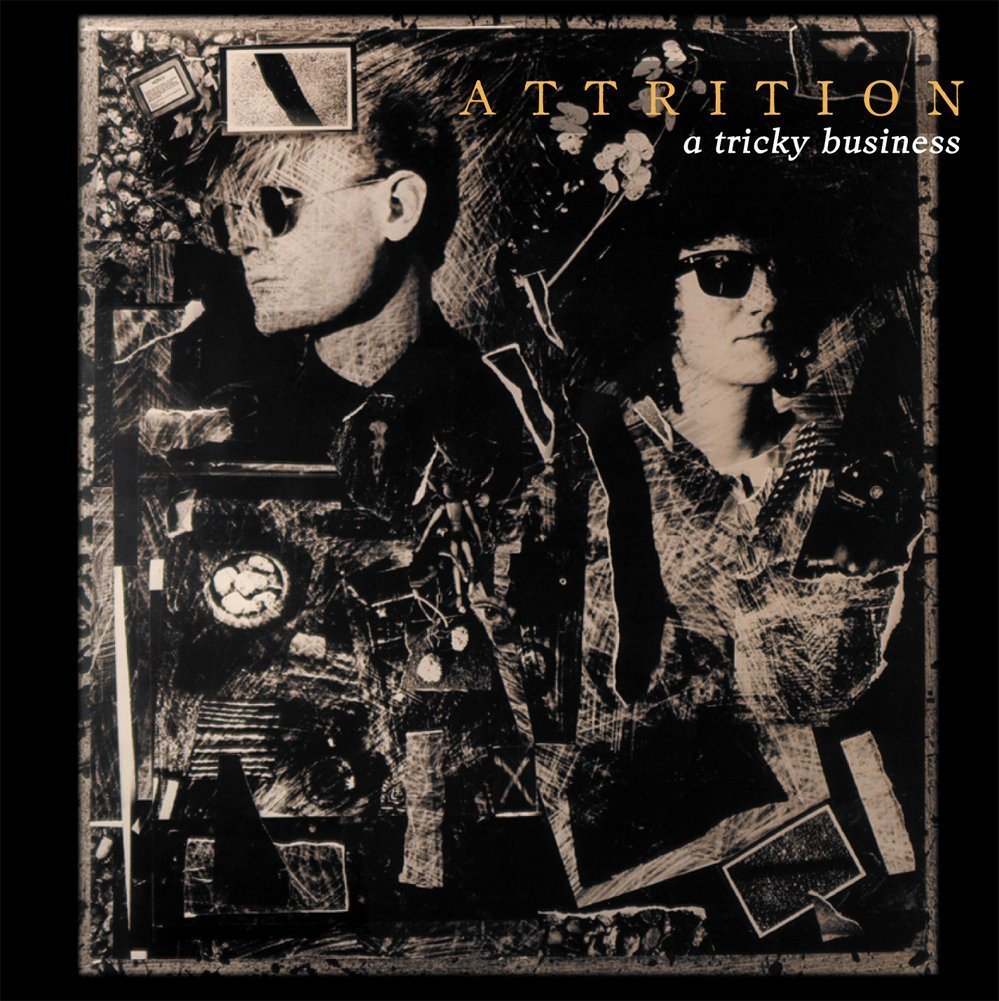 Originally released on Contempo records in 1991. This is the Two Gods label remastered reissue with bonus tracks from two 12 ” singles.

Originally released in 1991 this album was at the forefront of a new and exciting time for Industrial music in the UK. Its dark tones and coldwave-style beats led the way for the UK scene.

‘ A Thin Red Line ‘ finds itself somewhere between Skinny Puppy and Nick Cave via a trip to Numan land. Its powerful drum machine beats smash against jazz-influenced keys for a funky-yet-sadistic opener. ‘ Right Hand Man ‘ is a little more sinister with 8-bit-esque electronics and some classic elements working alongside the unique shared vocals from Martin Bowes and Julia Waller . ‘ Scenario ‘ is a thundering standout with a haunting backdrop leading perfectly into confident vocals and a powerful mix of dark-electro. ‘ First Love ‘ keeps the pace moving with a heavier tone that builds and builds to keep the listener hooked in. The personal nature of the song, alongside the fantastic harmonies of Waller are certainly worthy of a mention here as the tracks most enticing elements.

‘ A Girl Called Harmony ‘ is possibly Attrition ‘s most accessible track with elements of neo-classical embedded within a trad-Goth structure. Here you may actually be reminded of Maynard James Keenan ‘s Puscifer project in terms of the slow, methodic style. From this, you can see here the influence of Attrition ‘s on a range of different acts within the Goth genre nowadays. ‘ The Rising Tide ‘ is our favourite track, it’s effortlessly dark and seductive, and it betrays the acts heavier side.

‘ Legitimate Son ‘ is an extroadinary blend of classical, Industrial and Goth genres. It’s simply epic and will definitely be something to see if they break it out live. ‘ Hush ‘ relies heavily on electronics and it’s a sample-based instrumental effort with a soft, almost trip-hoppy build up. This one is the soundtrack to the ultimate head-trip. At times it’s totally chilled, at times it’s chaotic and it perfectly showcases Attrition ‘s passion and skill. Follow-up ‘ Something In My Eye ‘ is almost pop, but it works well to get the point across. Okay… it is about as pop as a Revolting Cocks tune, but it is certainly accessible with some excellent keyboard work and well programmed beats. It’s more than a little fun.

The bonus songs on this re-release are fairly enjoyable, with the cyberpunk awesomeness of ‘ Your Face, My Gift ‘ and the electro-opera -beast that is ‘ Under The Bridge ‘, meeting with the soulful ‘ Resurrection (reprise) ‘ and a hard-hitting new mix of ‘ Something In My Eye ‘ to finish.

To summarise, There is a unique ambience within Attrition ‘s work that makes them easier to listen to and take in than a lot of their contemporaries. ‘ A Tricky Business ‘ is still so relevant now in that it’s a raw and intelligent Industrial record that will serve as a great reference point for younger bands and fans alike who want to find out more about the “originators” of the genre.