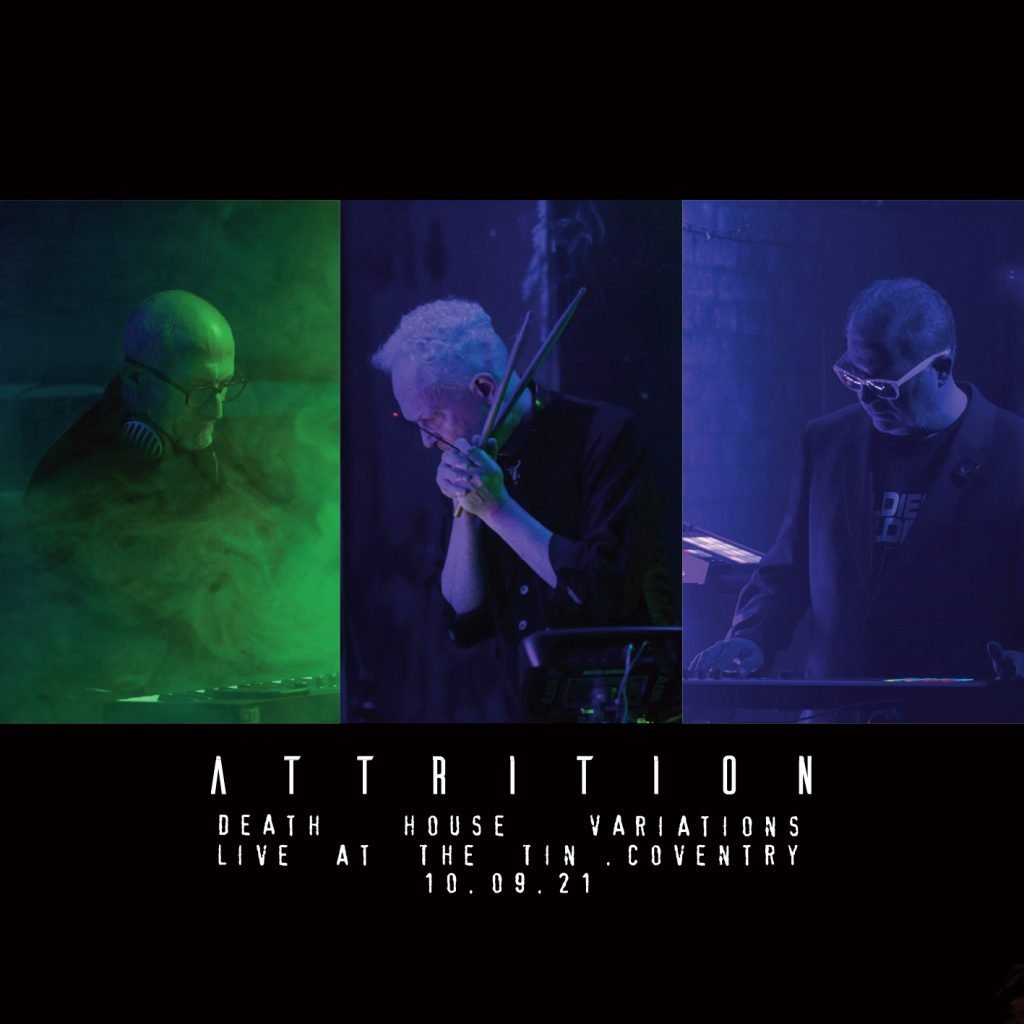 After nearly 40 years the original ATTRITION line up that recorded This Death House over 2 afternoons in 1982,
reunited with the addition of new member Simon Stansfield, to perform Death House Variations…
a first ever live performance, based on the original Death House recordings,
with additional ATTRITION material and new variations…
This is an extract from the first show, peformed at The Tin Music and Arts in their hometown of Coventry, England,
as part of the 2021 UK City of Culture year.
Free to listen to and download…
There will be more performances and an all new follow up album to the original, which was remastered and reissued earlier this year…
attritionuk.bandcamp.com/album/this-death-house-2021-remaster

Mixed and mastered from the multitrack recording by Martin Bowes
At The Cage Studios, Coventry. September 2021
Cover photos by jujapix.com

See you there!
Martin